The End of Employer Non-Compete Agreements?

It’s kind of a big deal.

Basically, they say companies can’t stop their employees from working for a competitor or stop a worker from starting their own competing business. This could be a game changer for wages and competition in the business world.

In our field of website design and software development, the issue of employer non-compete agreements and their value is a pressing topic.

Here is what the NY Times article had to say:

The proposed rule would ban provisions of labor contracts known as noncompete agreements, which prevent workers from leaving for a competitor or starting a competing business for months or years after their employment, often within a certain geographic area. The agreements have applied to workers as varied as sandwich makers, hair stylists, doctors and software engineers.

Studies show that noncompetes, which appear to directly affect roughly 20 percent to 45 percent of private-sector U.S. workers, hold down pay because job switching is one of the more reliable ways of securing a raise. Many economists believe they help explain why pay for middle-income workers has stagnated in recent decades.

Employer non-compete agreements are contracts that some companies make their employees sign, promising not to work for a competing company or start their own business in the same industry for a certain period of time after leaving.

Most employee non-compete agreements go unnegotiated. Many are not even presented until a job has already been accepted, and a worker may have already given notice at their current employer.

Noncompetes in the U.S. Labor Force

It is concerning that only 10% of employees negotiate their non-compete agreement, as it suggests that the majority may be unaware of their rights or feel powerless to negotiate the terms.

It’s no wonder this type of non-compete agreement is coming under more scrutiny these days.

Not only do they restrict your ability to seek better opportunities, but they can also hold back your next career change or shut down your next big business idea.

Negative Impact on Innovation and Competition

Have you ever thought about how employer non-compete agreements might be holding back innovation and competition?

If employees are restricted from taking new job opportunities or starting their own businesses, it limits the exchange of ideas and best practices that drives progress and competitiveness in any industry.

If talented and ambitious employees are hindered in their career development due to non-compete agreements, it can lead to employee burnout and the wastefulness of that potential.

Not Necessarily Good for Business

Non-competes might seem like a way to protect a company’s interests, but they may even be holding back innovation, exploration, and progress.

As a business, it’s important to carefully consider the impact of non-compete agreements and their relationship on attracting and retaining top talent.

Your business could be missing out on valuable contributions and innovative ideas of top performers who are unable to join your team due to employer non-competes.

Non-compete agreements can lead to frustration and resentment among employees, potentially causing a negative impact on their job performance and morale.

Additionally, non-compete agreements can make it more difficult for a small business to retain top talent, as prospective employees may be reluctant to sign such an agreement, especially when presented the document to sign after the job has been accepted.

We support efforts to severely limit or eliminate the use of employee non-compete agreements, as we believe they hinder the success and growth of both the business and its employees.

We believe it’s time to say goodbye to these kind of non-competes and start promoting greater employee freedom and economic growth.

Here are a few additional articles for further research. 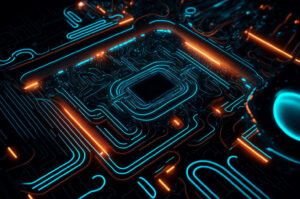 This post is related to the following Carefully Crafted service(s):