Skip to main content Skip to footer
Back to Codex

What is augmented reality?

Augmented reality is an enhanced view of the physical, real world that incorporates computer-generated perceptual information. This information can be in the form of sound, video, graphics or GPS data. It is overlaid on top of the real world to provide an enhanced experience.

AR is developed into apps and used on smartphones and tablets to bring digital content into the user’s real world. One example is Pokemon Go, in which players catch virtual creatures that appear in the same locations as the player. Other examples include Snapchat filters and Instagram Stories.

The technology is also used in more practical ways, such as providing information about real-world objects seen through a device’s camera. For example, an AR app might be able to show the user the name of a flower or the calorie count of a food item. In industrial and commercial applications, AR displays can be used to provide instructions to workers on how to assemble a product or fix a machine.

AR has been used by the military for training and combat purposes, and it is being explored as a way to help people with disabilities. The technology is also being investigated for use in surgery, as well as for educational and gaming applications.

How does augmented reality work?

AR apps use your device’s camera and GPS to superimpose digital content on the real world. The apps track your location and movements in order to keep the digital content in the same place as you move.

What are the benefits of augmented reality?

Augmented reality has many potential applications and benefits. The technology has been used in a variety of fields, including education, gaming, industry and the military.

AR can be used to create immersive and interactive experiences. It has the potential to enhance learning by bringing digital content into the physical world. AR games are more engaging and realistic than traditional video games. And in industrial and commercial applications, AR can provide workers with hands-free access to instructions and information.

Augmented Reality can be found in the following service(s):

Any related blog posts with more information will be visible here. 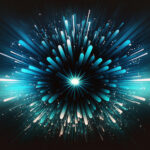 A Few Digital Marketing Trends for 2023

There's a lot to learn when it comes to digital. Continue by visiting another codex entry, or leave the details to the experts and give us a call.

Browse CodexGive us a Call